Meet Lily, a deaf girl who loves to explore and try new things

Like Girl of the Year™ 2020 Joss Kendrick™, Lily doesn’t let deafness get in the way of trying new things and going all in, 100%.

Lily was born with sensorineural hearing loss, which means the little hairs in her cochlea receive sound signals but can’t send them to her brain. Her implants are able to send those signals to her hearing nerve, so that her brain can interpret them as sounds.

“It’s like a bright, big shock at first,” Lily explains about activating her implants. She got her first one when she was four and her second one when she was six. “Think about having no hearing. Just complete silence when you wake up, with all the sound blocked. Not muffled. Not even a tiny whisper. That's what it's like to be deaf. Then imagine going from that to hearing all the sounds at once, without being able to filter them—it’s sensory overload.”

With cochlear implants, Lily hears much differently than hearing people do. She reads people’s lips when they talk, and she works with an interpreter in her classroom at school. If she misses something that the teacher says, the interpreter can repeat it in sign language.

We sat down with Lily and her mom, Marie, at their home in Wisconsin to learn more about what it’s like for Lily to navigate the world.

How is school different for you than it is for hearing kids?

Lily: I used to go to a school with a program for kids who are deaf or hard of hearing. But at my new school, there’s not a single other deaf kid. It’s strange to be the only one. But at the same time, it's cool to experience something new. And everyone went above and beyond when I first came to the school—they were really excited to welcome me.

The hardest thing about school is that deaf kids get listening fatigue. That's when you're listening to a bunch of things at once—you’re paying attention to the teachers and watching your interpreters, all while writing and doing everything you need to do for class. And with cochlear implants, I can’t filter the sounds going on around me—they all just hit me at once. It's really exhausting. I usually reach the point where I’m super exhausted about halfway through the day. 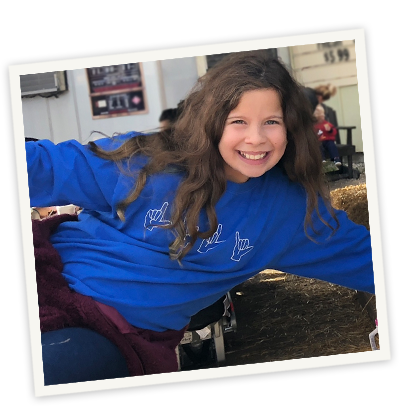 What do you love to do outside of school?

Lily: READ! I love reading. Especially fantasy books. (At this point in the interview, Lily holds up the chunky novel she just started reading yesterday and is almost finished with.) One thing I do to recharge at school is read. It helps because I’m only focusing on one thing instead of doing lots of things at once. I can regain my focus.

Lily: I started cheer when I was four, with a friend of mine. One of my older siblings did cheer, too, so that’s what made me want to join.

Marie: When she was four, Lily still didn’t have much language. Young kids who are deaf or hard of hearing need to be told things three times more than hearing kids. She was learning at a slower pace than the other kids, and she was left out a lot of the time. She kept at it for about five years.

Lily: After I stopped cheering, I started doing volleyball and horseback riding. Those are fun because I can just focus on the ball or on riding the horse, and it doesn’t matter if I can’t hear. It’s still hard to hear instructions, though. Sometimes people think I’m not paying attention—but really, I just can’t hear them. 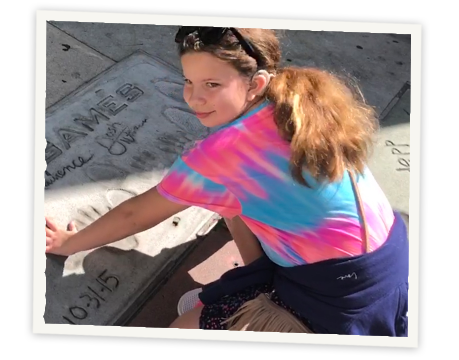 What are some things you wish hearing people wouldn’t say?

Lily: When adults say, “You speak really good English for a deaf kid,” or “Wow, I didn’t even realize you were deaf.” I hate that. Or, when people are talking, and I ask them to repeat something. They just say, “Oh, never mind.” It’s like saying to me, “Oh, you don’t matter enough for me to repeat it.”

There was also this frustrating thing that happened at my old school. We had a substitute teacher one day who said to my interpreter: “Can you tell Lily blah, blah, blah,” and then said what she needed to tell me. That was disrespectful and frustrating. The sub should’ve spoken to me directly, not my interpreter. If I didn’t hear what she said, I’d ask my interpreter to sign it to me.

What would you say to someone who asked, “How can I be more inclusive of deaf people?”

Lily: Nobody has ever really asked me that before. They usually just ask stuff like, “What are those things on your ears?” But if someone did ask, I’d tell them that they should be respectful. They should listen to what we have to say rather than exclude us. Each kid has their own needs, so you should ask each individual deaf person. For me, it helps if you look at me when I’m talking, and make sure that only one person talks at a time.

Marie, what’s your experience been as the parent of a girl who’s deaf?

Marie: It’s been a learning experience. When Lily was young, I always went along with what the experts told me. But as she got older, I started learning my rights as a parent. For example, at one point, Lily tested out of speech class, so the teachers wanted to take speech out of her IEP (Individualized Education Program). But I knew from interacting with her at home that there were still gaps in her speaking skills. I went against the experts’ advice and told them to leave speech on her IEP. It turned out that Lily had been taking the same speech tests since she was three years old—so she just memorized them. Keeping her in speech has been the best thing for her.

The experts are incredible and have greatly helped us over the years. But I’m also an expert on my daughter as her parent. Doing the research, joining social media groups, and connecting with other families have taught me how to best help Lily and offer her as many opportunities as possible. Lily can do and be anything she wants in this world, and I'm blessed to be a part of her journey. 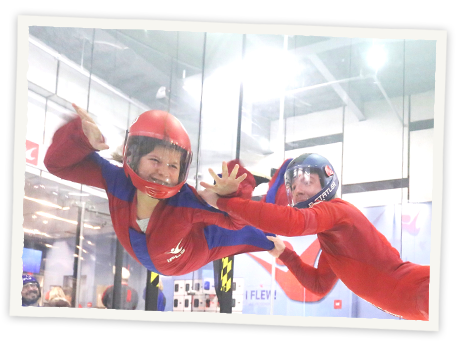 What do you admire about your daughter?

Marie: Lily stands up for those who don't stand up for themselves. She won't let her friends get bullied or picked on. If something’s going on, she's right there telling people how they should act. She's a strong advocate.

Lily, how would you change the world if you could?

Lily: Well, there's not much equality in the world at the moment. It shouldn’t matter if you're poor, rich, or medium. Or what gender or race you are. Or if you're deaf, hearing, have epilepsy, or have any condition. (Lily’s older sibling has epilepsy.) I’d change that.

Another thing is that I don’t think you should call conditions “disabilities.” You should just call them what they are. When people call being deaf a disability, I clench my fists. It's a really negative word to me. I understand that deafness is something that affects my life, but it doesn't define me. If you have a condition, you can still do what you want and be anyone you want to be.