American Girl’s new ‘80s historical character Courtney Moore™ doesn’t only play games in the arcade—she wants to create them. Frustrated that there aren’t more girl characters in the games she loves, Courtney sets her sights on creating her own video game—where the hero is a girl who knows how to handle any situation. It’s a game-changing moment for Courtney, and it’s why American Girl partnered with Girls Who Code, one of the fastest growing and leading nonprofits that’s determined to show girls there are no spaces in this world where they don’t belong.

We talked with Reshma Saujani, CEO of Girls Who Code, on how Courtney’s story helps reinforce their message of female empowerment and why it’s important for girls to be changemakers in technology and beyond. 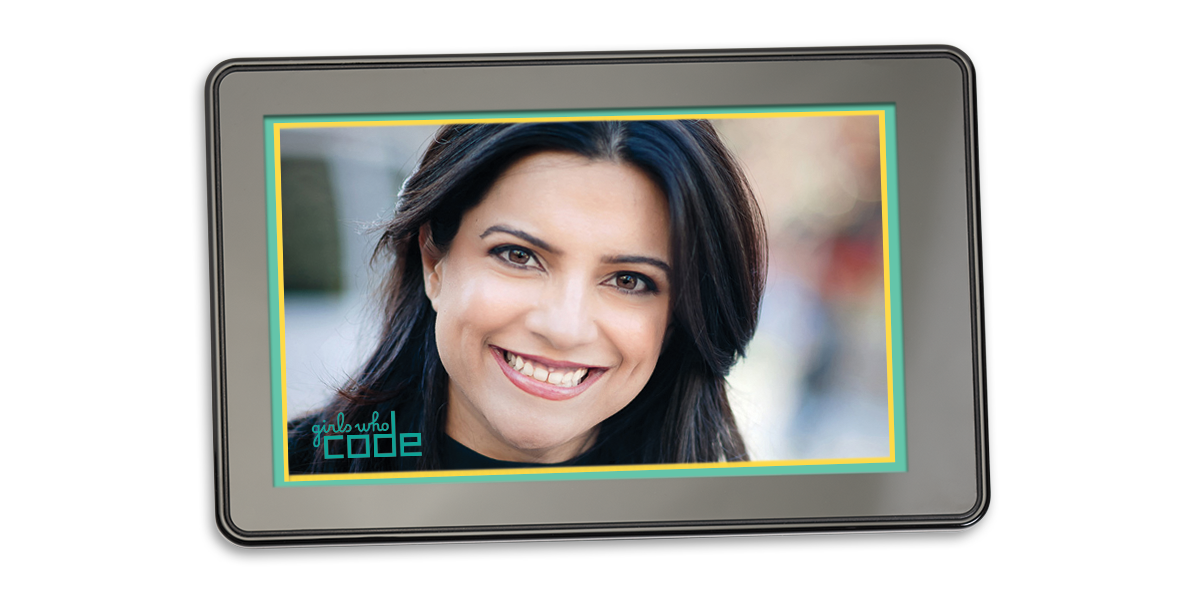 What is Girls Who Code’s mission?

Girls Who Code is on a mission to close the gender gap in technology and change the image of what a computer programmer looks like and does.

Today, women earn less than 20% of computer science degrees in this country, and that number is even worse for Black and Latinx women. That means girls are being left behind when it comes to jobs and excluded from the innovation that will define the future of our world.

Since 2012, Girls Who Code has taught 300,000 girls to code. Over 50% of the girls we serve come from historically underrepresented groups (Black, Latinx, low-income). These girls are majoring in computer science and related fields at a rate 16x the national average.

Through our computer science programs and our powerful Sisterhood, we are on track to creating gender parity in entry-level tech jobs by 2027.

What are your favorite aspects of Courtney’s story?
How do they tie back to your mission?

What I love about Courtney is that she wants to create the technology that she loves. Girls are constantly online, using apps, playing games—it’s so important that they also see themselves on the other side of those products, actually building them. That’s what we do at Girls Who Code: we show girls the power of learning this skill set so that they can code the future they want to live in.

Courtney’s story reminds me of a lot of young girls I meet. They see these amazing role models, like female politicians, or astronauts—but sometimes they feel powerless themselves. Courtney’s journey to realizing she is brave, too, and can achieve her own dreams, is a transformation I see in a lot of the girls we teach.

What programs do you offer for young girls?

Girls in 3rd-12th grades can participate in a Girls Who Code Club in their community, after school, on weekends, or during the summer. We also have a New York Times best-selling series of children’s books with hands-on activities. And while we are all staying safe at home, we are releasing Girls Who Code at Home activities that girls of all ages and skill levels can do on their own.

What do you hope girls take away from their experience with Girls Who Code?

The most important thing we teach is Sisterhood—the value of supporting one another and helping each other through challenges. Coding is a new challenge, and girls need to have that network to encourage them along the way. Second, we hope girls are inspired to use what they learn to change the world. There are so many problems to be solved, and the more girls who have this skill set, the better off we’ll be as a society.

What are some ways to get involved with Girls Who Code?

You can help build the Girls Who Code movement by applying to start a Girls Who Code Club in your community. You can also donate to support our work, or simply join our mailing list for updates.